Over 100,000 people are arrested for impaired driving offenses every year throughout California. Although driving under the influence (DUI) is a common crime, it poses a serious public safety risk. State prosecutors take these charges very seriously and often pursue the harshest penalties available under the law. A DUI conviction can result in multiple penalties, including time in jail, yet the costs for a drunk driving conviction can extend far beyond your criminal record and affect you for the rest of your life. You may encounter obstacles finding a job, securing affordable housing, enrolling in college, or obtaining the professional licenses you need to progress in your career.

If you are charged with a DUI, it is crucial to remember that you don’t have to face a DUI alone. However scary this situation may be, you should never plead guilty to such charges without first consulting with an experienced Orange County DUI lawyer. Learn more about DUI charges below, then contact The Law Office of Jacqueline Goodman to get started on your defense. 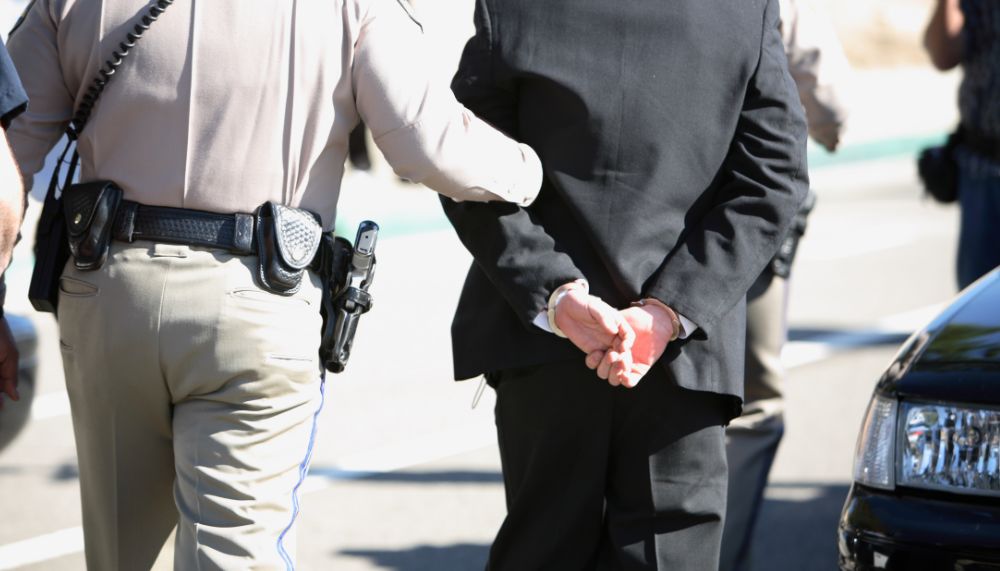 Why Work with Attorney Goodman?

For more than two decades, Attorney Goodman has successfully represented clients accused of various crimes throughout California, and she has earned a distinguished reputation among the national legal community. She is passionate about protecting her clients’ rights, helping them effectively navigate the criminal justice system, and fiercely advocating for them during every stage of their case. Regardless of the specific charges filed against you or the strength of the prosecution’s case, you can count on her for comprehensive, dedicated legal representation.

Attorney Goodman never backs down from a fight and will always go above and beyond to ensure her clients get the fair treatment and justice they deserve.

Under California Vehicle Code, it is illegal to drive under the influence of alcohol and to drive with a BAC of 0.08% or greater. DUI offenses are “priorable,” meaning the court considers any prior DUI convictions on your criminal record within the past ten years to determine sentencing for the current offense. The penalties become harsher with every conviction. Many DUI offenses are charged as misdemeanors, but a DUI can be charged as a felony. This could be the case if the current offense is your fourth or more conviction within this period, if you have previously been charged with a felony DUI, or if your actions injured someone else. Certain facts and circumstances in your case can increase your sentence in county jail or state prison, regardless of whether this is your first, second, third, or subsequent charge. These aggravating factors include:

While consequences can vary based on several factors, the basic penalties for drunk driving in the state of California are as follows:

WHAT TO EXPECT AFTER A DUI ARREST in Orange County, California

Police Need Probable Cause to Stop You

When you work with The Law Offices of Jacqueline Goodman, we take a detail-oriented approach to investigating your DUI case, starting with examining the initial stop that led to your arrest. To pull you over, the arresting officer must have probable cause that you were intoxicated from observing your driving or receiving reports from other individuals. If it can be established that your initial stop was unlawful, your whole case can be dismissed.

Police officers may be able to stop you if they observe any of the following behavior:

A police officer can frisk you or pat you down only if two conditions are met. The first being they stopped you lawfully and can articulate to you why they did so, and the second being that the officer suspects you are armed and dangerous. If drugs are found on you but the officer did not have probable cause to pull you over, this evidence against you may be inadmissible in court. The same goes for being stopped on suspicion of DUI. The officer needs to have probable cause that you were intoxicated from observing your driving or receiving reports from other individuals.

Sobriety and chemical testing processes are almost always fallible, so we can challenge the accuracy of the test and the procedures followed by the police. Also, if you consumed certain food or medication prior to or after drinking, that could play a role in the rate of alcohol absorption and could lead to an inaccurate test result. All of the factors surrounding the events of your arrest may be used to challenge your charges.

Examples of common issues we address in most every case:

How Much Is a DUI in Orange County?

A DUI conviction in Orange County carries a fine of $390 to $1,000, but this does not represent the total cost of a DUI. Other expenses include court fees, penalty assessments, fees for attending DUI education programs, driver’s license reinstatement fees, IID installation fees, fees for towing and impounding the vehicle, bail, and attorney’s fees. Additionally, car insurance rates typically double after a DUI and remain high for approximately three years. In total, a DUI conviction can cost $11,000 to $16,000.

Is Jail Time Mandatory for a DUI?

All DUI charges in California carry the possibility of jail time, but judges often impose probation or other alternative sentencing penalties for first or second offenses. However, the potential for jail time increases for every conviction within a 10-year period, and third or subsequent DUI convictions nearly always involve minimum jail sentences. A jail or prison sentence becomes more likely in the presence of any aggravating factors listed above.

Do I Need a Lawyer for DUI in California?

It is not required to hire a lawyer if you are charged with a DUI, but securing representation from an experienced criminal defense attorney is your best chance at achieving a favorable outcome in your case. An Orange County DUI lawyer can:

Can I Have a DUI Charge Dismissed in California?

You may have legal grounds to file for a “motion to dismiss” with the court, which is a formal request made to a judge to consider setting aside the case rather than pursuing a conviction. This strategy can be implemented if your rights were violated at any point during their arrest or the preliminary hearing or if the arresting officers did not have probable cause to arrest you in the first place. However, if you face several charges, having a DUI dismissed does not prevent prosecutors from proceeding with the other charges.

What is the purpose of an administrative hearing, and can it help me?

If you have received notice that your driver's license may be suspended or revoked, you should request an administrative hearing to fight for your driving privilege. A DMV hearing is your chance to prove that the suspension or revocation of your driver's license is not justified given your circumstances. It is wise to have the help of a skilled attorney by your side at the administrative hearing.

Is there any way I can get to and from work if my driver's license is suspended?

How long can my driver's license be suspended if I took the chemical test?

California DUI laws require you to submit to a chemical test to determine the amount of alcohol or drugs in your blood, and these tests include blood, breath and urine tests. If your blood alcohol content (BAC) shows up as .08% or higher and you are unsuccessful in fighting your DUI, your driver's license will be suspended for a minimum of four months. A second or subsequent DUI conviction within a 10-year time period will result in a one-year driver's license suspension.

If you have been arrested for an underage DUI because your preliminary alcohol-screening (PAS) test or chemical test revealed that your BAC was .01% or higher, you will lose your license for a year.

Do I have to tell my car insurance company about my DUI?

If you have received a DUI conviction, there are two different ways that your car insurance carrier can find out about your DUI. The first way happens when your insurance runs a check on your DMV record, which generally happens when your policy is up for renewal or when you apply for new coverage. Any DUI convictions that are within the last 10 years will be visible.

Secondly, your car insurance carrier can find out about your DUI when the California Department of Motor Vehicles requires you to obtain an SR-22, which is a certificate of insurance that signifies that you meet the state's minimum requirements for auto insurance liability coverage.

When your future is threatened by DUI charges, you need expert legal representation to protect your rights and obtain the best results in your case. At The Law Offices of Jacqueline Goodman, our Orange County DUI lawyers have extensive experience defending clients accused of DUI offenses. We have the knowledge, resources, and trial-tested litigation skills to mount a formidable defense on your behalf and effectively guide you through every stage of the criminal justice system. Contact us today to discuss your case.